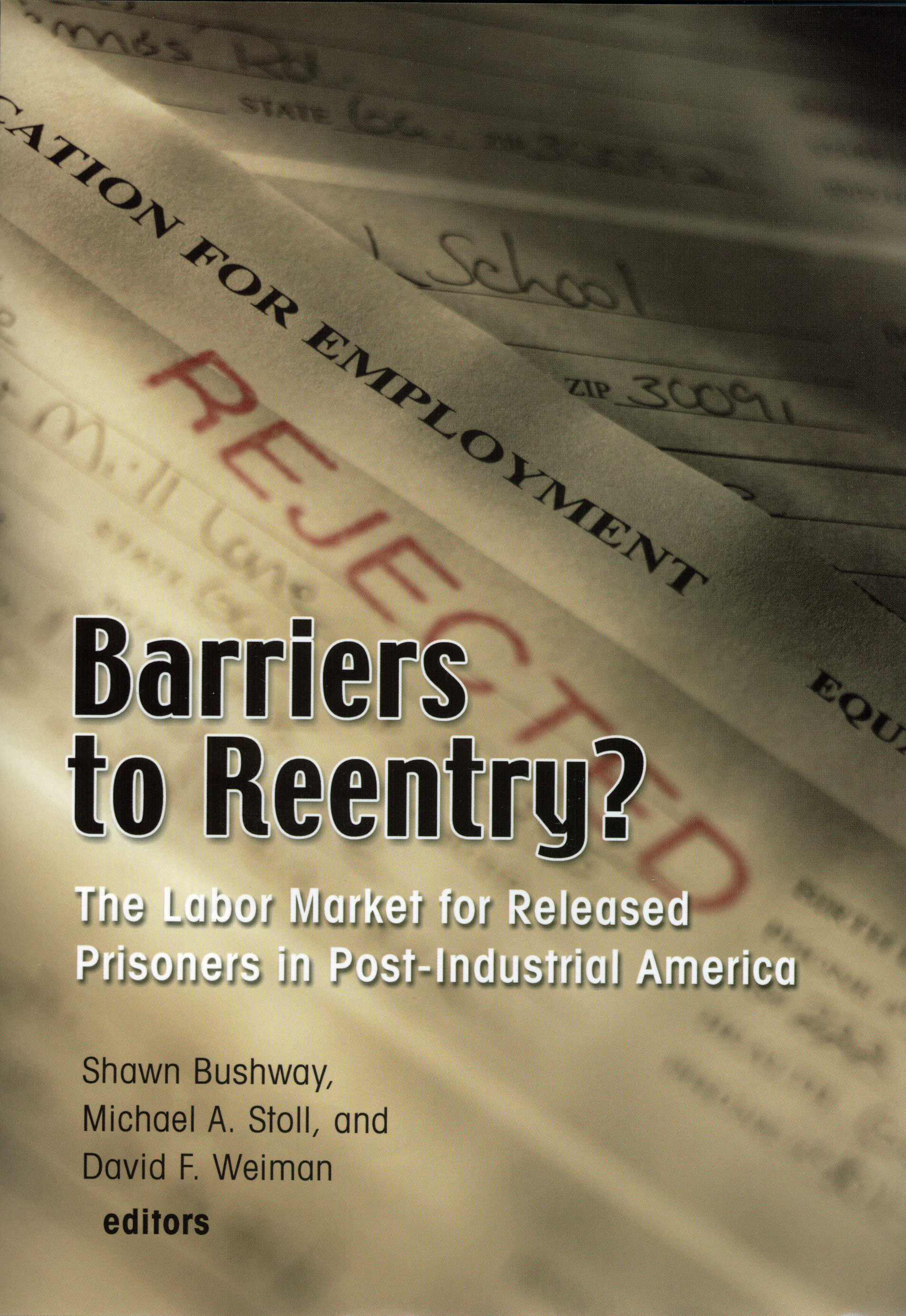 With the introduction of more aggressive policing, prosecution, and sentencing since the late 1970s, the number of Americans in prison has increased dramatically. While many have credited these “get tough” policies with lowering violent crime rates, we are only just beginning to understand the broader costs of mass incarceration. In Barriers to Reentry? experts on labor markets and the criminal justice system investigate how imprisonment affects ex-offenders’ employment prospects, and how the challenge of finding work after prison affects the likelihood that they will break the law again and return to prison.

The authors examine the intersection of imprisonment and employment from many vantage points, including employer surveys, interviews with former prisoners, and state data on prison employment programs and post-incarceration employment rates. Ex-prisoners face many obstacles to re-entering the job market—from employers’ fears of negligent hiring lawsuits to the lost opportunities for acquiring work experience while incarcerated. In a study of former prisoners, Becky Pettit and Christopher Lyons find that employment among this group was actually higher immediately after their release than before they were incarcerated, but that over time their employment rate dropped to their pre-imprisonment levels. Exploring the demand side of the equation, Harry Holzer, Steven Raphael, and Michael Stoll report on their survey of employers in Los Angeles about the hiring of former criminals, in which they find strong evidence of pervasive hiring discrimination against ex-prisoners. Devah Pager finds similar evidence of employer discrimination in an experiment in which Milwaukee employers were presented with applications for otherwise comparable jobseekers, some of whom had criminal records and some of whom did not. Such findings are particularly troubling in light of research by Steven Raphael and David Weiman which shows that ex-criminals are more likely to violate parole if they are unemployed. In a concluding chapter, Bruce Western warns that prison is becoming the norm for too many inner-city minority males; by preventing access to the labor market, mass incarceration is exacerbating inequality. Western argues that, ultimately, the most successful policies are those that keep young men out of prison in the first place.

Promoting social justice and reducing recidivism both demand greater efforts to reintegrate former prisoners into the workforce. Barriers to Reentry? cogently underscores one of the major social costs of incarceration, and builds a compelling case for rethinking the way our country rehabilitates criminals.

SHAWN BUSHWAY is professor of criminal justice at the University at Albany.

MICHAEL A. STOLL is professor of public policy at the University of California, Los Angeles.