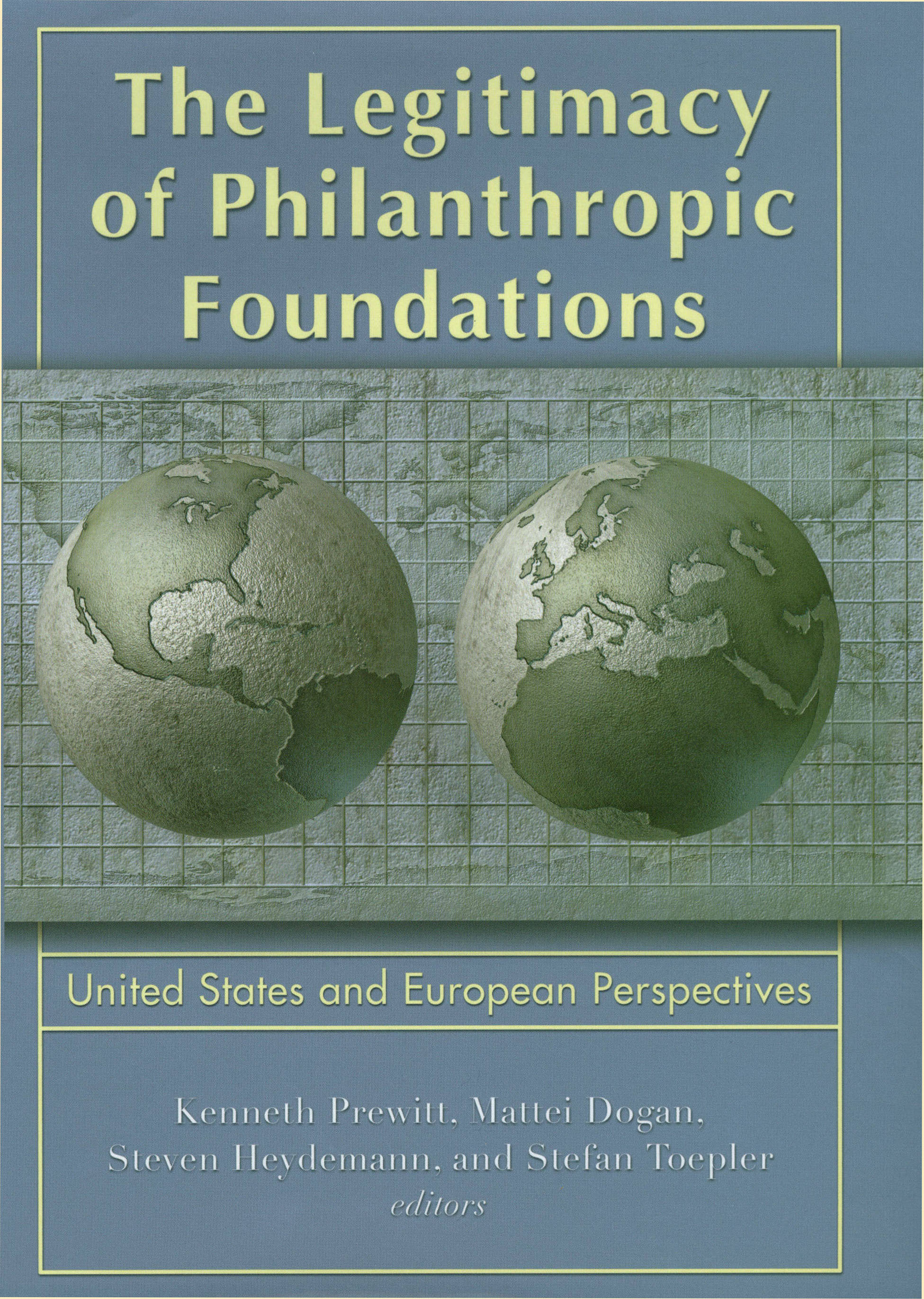 Though privately controlled, foundations perform essential roles that serve society at large. They spearhead some of the world’s largest and most innovative initiatives in science, health, education, and the arts, fulfilling important needs that could not be addressed adequately in the marketplace or the public sector. Still, many people have little understanding of what foundations do and how they continue to earn public endorsement. The Legitimacy of Philanthropic Foundations provides a thorough examination of why foundations exist and the varied purposes they serve in contemporary democratic societies.

The Legitimacy of Philanthropic Foundations looks at foundations in the United States and Europe to examine their relationship to the state, the market, and civil society. Peter Frumkin argues that unlike elected officials, who must often shy away from topics that could spark political opposition, and corporate officers, who must meet bottom-line priorities, foundations can independently tackle sensitive issues of public importance. Kenneth Prewitt argues that foundations embody elements of classical liberalism, such as individual autonomy and limited government interference in private matters and achieve legitimacy by putting private wealth to work for the public good. Others argue that foundations achieve legitimacy by redistributing wealth from the pockets of rich philanthropists to the poor. But Julian Wolpert finds that foundations do not redistribute money directly to the poor as much as many people believe. Instead, many foundations focus their efforts on education, health, and scientific research, making investments that benefit society in the long-term, and focusing on farsighted issues that a myopic electorate would not have patience to permit its government to address.

Originating from private fortunes but working for the public good, independently managed but subject to legal prescriptions, philanthropic foundations occupy a unique space somewhere between the public and private sectors. The Legitimacy of Philanthropic Foundations places foundations in a broad social and historical context, improving our understanding of one of society’s most influential—and least understood—organizational forms.

MATTEI DOGAN is senior fellow at the National Center for Scientific Research in Paris, and chair of the research committee on Comparative Sociology of the International Sociological Association.

STEVEN HEYDEMANN is director of the Center for Democracy and the Third Sector and political scientist in the Department of Government at Georgetown University.

STEFAN TOEPLER is assistant professor of nonprofit studies in the Department of Public and International Affairs at George Mason University.