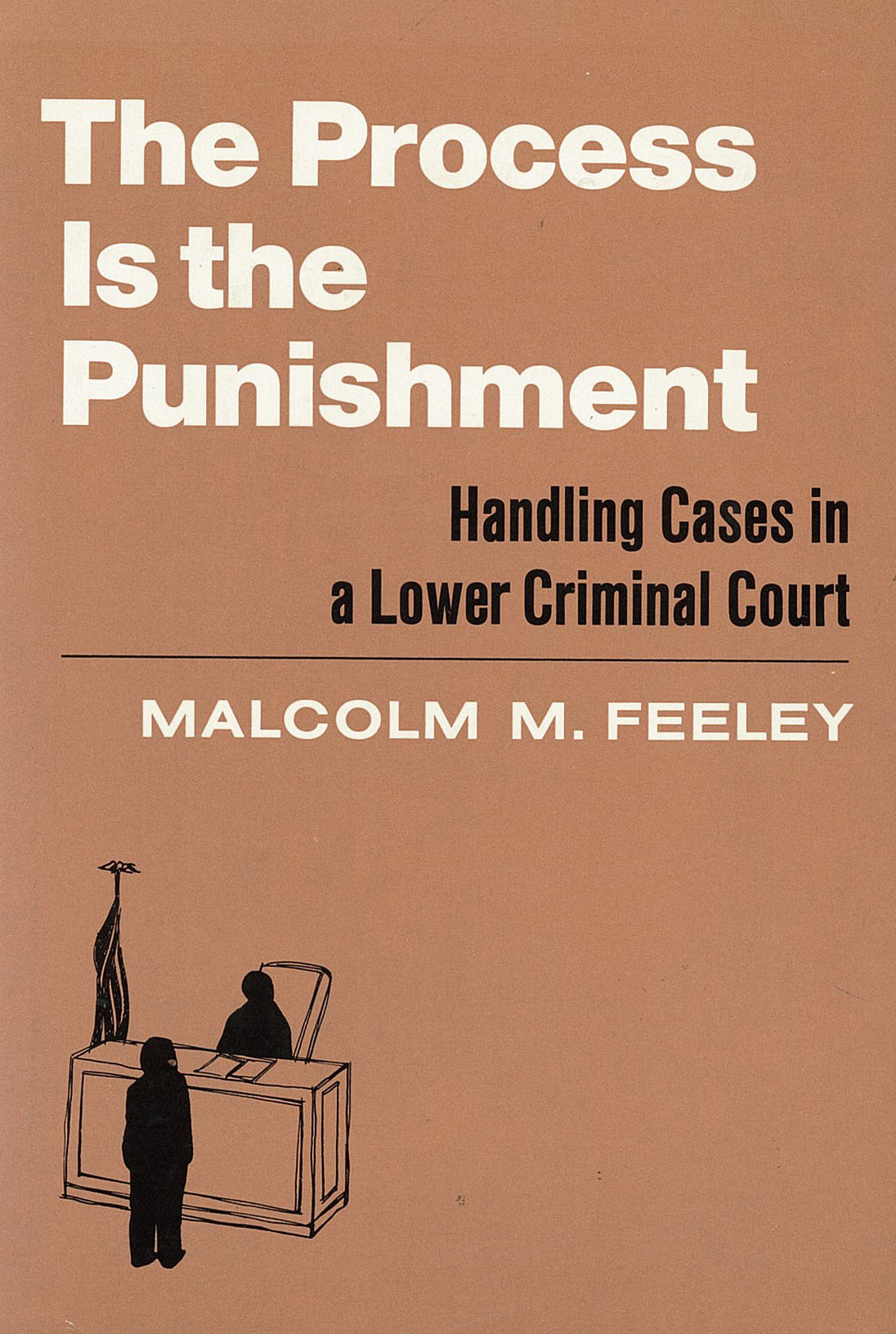 Downloads
Table of Contents
About the Author
Introduction
Tables and Figures

It is conventional wisdom that there is a grave crisis in our criminal courts: the widespread reliance on plea-bargaining and the settlement of most cases with just a few seconds before the judge endanger the rights of defendants. Not so, says Malcolm Feeley in this provocative and original book. Basing his argument on intensive study of the lower criminal court system, Feeley demonstrates that the absence of formal “due process” is preferred by all of the court’s participants, and especially by defendants. Moreover, he argues, “it is not all clear that as a group defendants would be better off in a more ‘formal’ court system,” since the real costs to those accused of misdemeanors and lesser felonies are not the fines and prison sentences meted out by the court, but the costs incurred before the case even comes before the judge—lost wages from missed work, commissions to bail bondsmen, attorney’s fees, and wasted time. Therefore, the overriding interest of the accused is not to secure the formal trappings of the judicial process, but to minimize the time, and money, spent dealing with the court.

Focusing on New Haven, Connecticut’s, lower court, Feeley found that the defense and prosecution often agreed that the pre-trial process was sufficient to “teach the defendant a lesson.” In effect, Feeley demonstrates that the informal practices of the lower courts as they are presently constituted are more “just” than they are usually given credit for being.

“... a book that should be read by anyone who is interested in understanding how courts work and how the criminal sanction is administered in modern, complex societies.”— Barry Mahoney, Institute for Court Management, Denver

“It is grounded in a firm grasp of theory as well as thorough field research.”—Jack B. Weinstein,  District Court Judge.

"… a feature that has long been the hallmark of good American sociology: it recreates a believable world of real men and women.”—Paul Wiles, Law & Society Review.

"This book's findings are well worth the attention of the serious criminal justice student, and the analyses reveal a thoughtful, probing, and provocative intelligence....an important contribution to the debate on the role and limits of discretion in American criminal justice. It deserves to be read by all those who are interested in the outcome of the debate." —Jerome H. Skolnick, American Bar Foundation Research Journal

MALCOLM M. FEELEY is professor of law and director of the Center for the Study of Law and Society at the University of California, Berkeley.