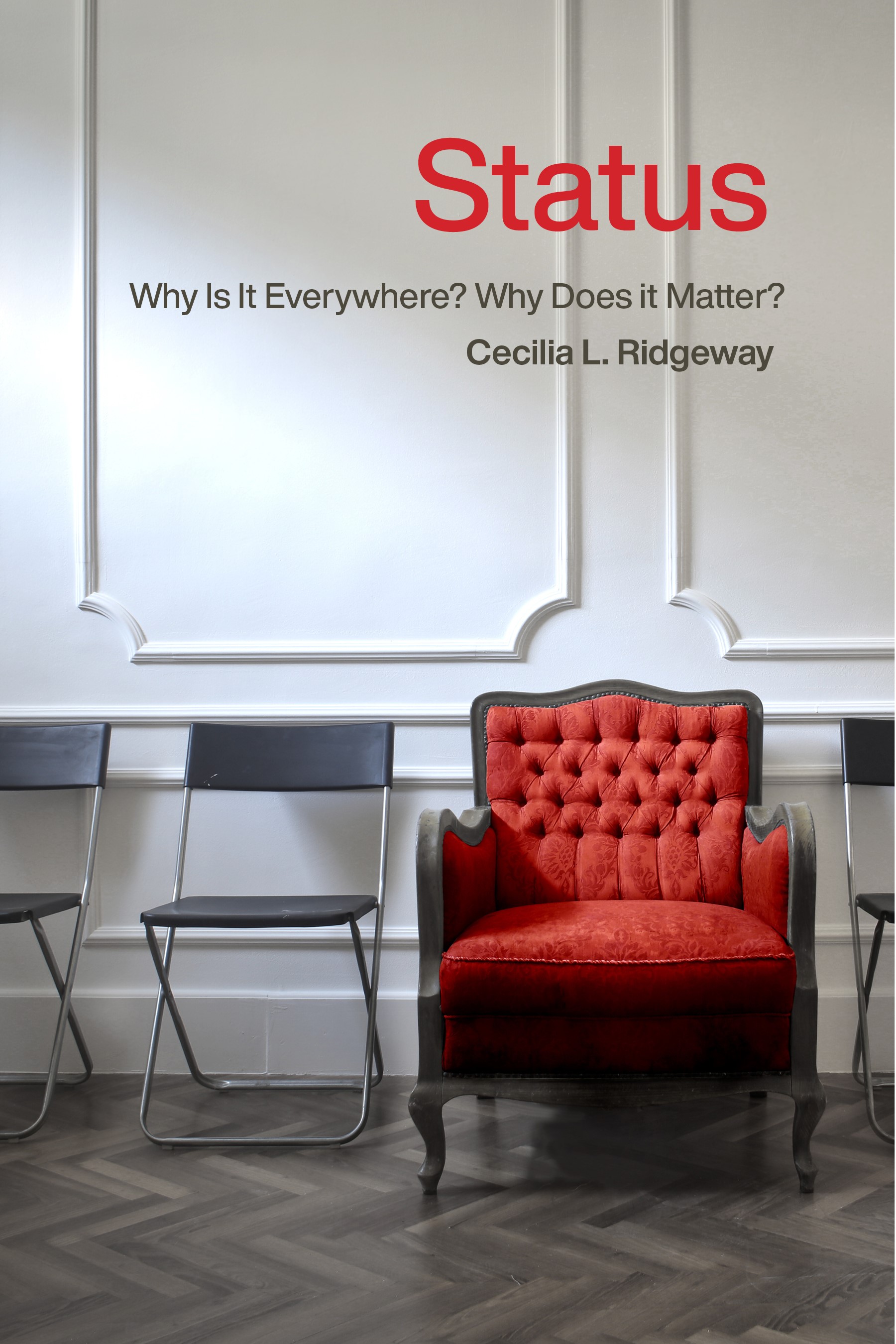 Downloads
Contents
About the Author
Index

Status is ubiquitous in modern life, yet our understanding of its role as a driver of inequality is limited. In Status, sociologist and social psychologist Cecilia Ridgeway examines how this ancient and universal form of inequality influences today’s ostensibly meritocratic institutions and why it matters. Ridgeway illuminates the complex ways in which status affects human interactions as we work together towards common goals, such as in classroom discussions, family decisions, or workplace deliberations.

Ridgeway’s research on status has important implications for our understanding of social inequality. Distinct from power or wealth, status is prized because it provides affirmation from others and affords access to valuable resources. Ridgeway demonstrates how the conferral of status inevitably contributes to differing life outcomes for individuals, with impacts on pay, wealth creation, and health and well-being. Status beliefs are widely held views about who is better in society than others in terms of esteem, wealth, or competence. These beliefs confer advantages that can exacerbate social inequality. Ridgeway notes that status advantages based on race, gender, and class—such as the belief that white men are more competent than others—are the most likely to increase inequality by facilitating greater social and economic opportunities.

Ridgeway argues that status beliefs greatly enhance higher status groups’ ability to maintain their advantages in resources and access to positions of power and make lower status groups less likely to challenge the status quo. Many lower status people will accept their lower status when given a baseline level of dignity and respect—being seen, for example, as poor but hardworking. She also shows that people remain willfully blind to status beliefs and their effects because recognizing them can lead to emotional discomfort. Acknowledging the insidious role of status in our lives would require many higher-status individuals to accept that they may not have succeeded based on their own merit; many lower-status individuals would have to acknowledge that they may have been discriminated against.

Ridgeway suggests that inequality need not be an inevitable consequence of our status beliefs. She shows how status beliefs can be subverted—as when we reject the idea that all racial and gender traits are fixed at birth, thus refuting the idea that women and people of color are less competent than their male and white counterparts. This important new book demonstrates the pervasive influence of status on social inequality and suggests ways to ensure that it has a less detrimental impact on our lives.