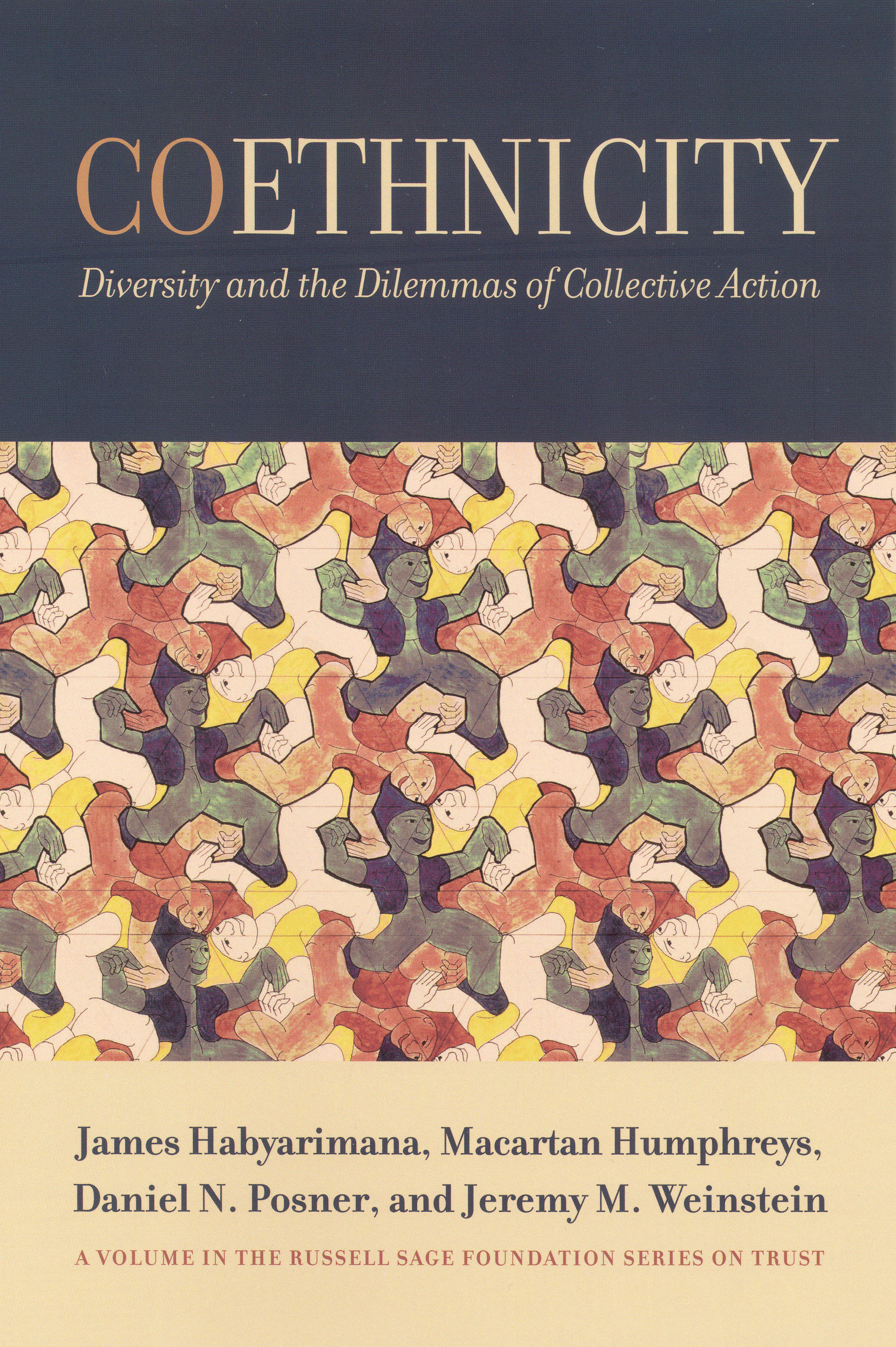 Ethnically homogenous communities often do a better job than diverse communities of producing public goods such as satisfactory schools and health care, adequate sanitation, and low levels of crime. Coethnicity reports the results of a landmark study that aimed to find out why diversity has this cooperation-undermining effect. The study, conducted in a neighborhood of Kampala, Uganda, notable for both its high levels of diversity and low levels of public goods provision, hones in on the mechanisms that might account for the difficulties diverse societies often face in trying to act collectively.

The Mulago-Kyebando Community Study uses behavioral games to explore how the ethnicity of the person with whom one is interacting shapes social behavior. Hundreds of local participants interacted with various partners in laboratory games simulating real-life decisions involving the allocation of money and the completion of joint tasks. Many of the subsequent findings debunk long-standing explanations for diversity’s adverse effects. Contrary to the prevalent notion that shared preferences facilitate ethnic collective action, differences in goals and priorities among participants were not found to be structured along ethnic lines. Nor was there evidence that subjects favored the welfare of their coethnics over that of non-coethnics. When given the opportunity to act altruistically, individuals did not choose to benefit coethnics disproportionately when their actions were anonymous. Yet when anonymity was removed, subjects behaved very differently. With their actions publicly observed, subjects gave significantly more to coethnics, expected their partners to reciprocate, and expected that they would be sanctioned for a failure to cooperate. This effect was most pronounced among individuals who were otherwise least likely to cooperate. These results suggest that what may look like ethnic favoritism is, in fact, a set of reciprocity norms—stronger among coethnics than among non-coethnics—that make it possible for members of more homogeneous communities to take risks, invest, and cooperate without the fear of getting cheated. Such norms may be more subject to change than deeply held ethnic antipathies—a powerful finding for policymakers seeking to design social institutions in diverse societies.

Research on ethnic diversity typically draws on either experimental research or field work. Coethnicity does both. By taking the crucial step from observation to experimentation, this study marks a major breakthrough in the study of ethnic diversity.

MACARTAN HUMPHREYS is associate professor of political science at Columbia University and research scholar at the Center for Globalization and Sustainable Development at the Earth Institute.

DANIEL N. POSNER is associate professor of political science at the University of California, Los Angeles.

JEREMY M. WEINSTEIN is assistant professor of political science at Stanford University and an affiliated faculty member at the Center for Democracy, Development, and the Rule of Law and the Center for International Security and Cooperation.

A Volume in the Russell Sage Foundation Series on Trust